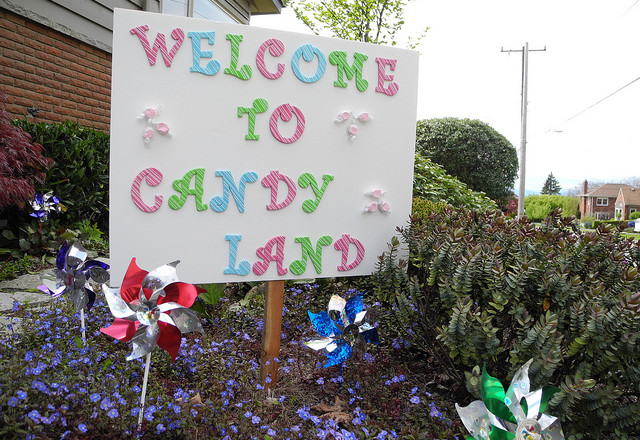 A lot of popular boardgames have titles that refer to locations. Some of them are existing locations, some of them are fictional. In all cases they evoke an environment or a lifestyle, often in the past, that is pivotal to the game experience. In this blog, we try to find the origins of these game locations and answer the most important question: can we visit them?

Settlers of Catan
There is actually a tiny village in Paraquay called Catan, but I doubt you’ll be able to collect enough wood and wool there to settle indefinitely. The Catan of the game does not exist in real life but Klaus Teuber, designer of the game, was inspired by the Azores. In the official novel adaptation, Catan is described to be located to the left of France, so that’s slightly higher than the islandgroup that inspired Tauber.

Carcassonne
From the fictional Catan, it’s only a short trip to the non-fictional Carcassonne. This famous French city is actually part of Unesco Heritage and is basically a large walled castle with a modern city built around it. The story of the name of Carcassonne is very nice; In 760 “Pepin the Short” took southern France from the Saracens, but failed to breach the castle of Lady Carcas. He tried to sit it out until the castle would run out of food, but Lady Carcas had a plan. She fattened up the last pig and threw it over the wall. Pepin figured that if they could waste such an animal, they’d be well-stocked and he retreated. Lady Carcas rang all the bells of the city in celebration, and since. “Carcas sonne” is French for “Carcas rings”, this is how the city was named.

Avalon
There are some towns named Avalon in the US and Australia, but the Avalon that this great game (part of the “Resistance” series) refers to is of course the mythical island from Arturian legends. A lot of locations have been suggested as the inspiration for Avalon (most often Glastonbury, UK – see photo), but nothing has ever been proven. That’s a shame, because this game is all about quests and it would be a fun idea to be able to play it in live-action fashion at the real place.

Candyland
Candyland is a popular boardgame for small children. It’s a sweet place in which strategy and skill is not required; everything is entirely by chance and winning is basically pre-determined by cards. A non-competitive, fun place full of sweets sounds like the best place in the world, but unfortunately the land in case does not really exist. There are some candy stores called Candyland, Ohio briefly had a life-size version of the game, but that’s about it. The most recent incarnation of a “Candyland” was the plantation in Quentin Tarantino’s movie Django Unchained. No signs of any sweets there, though…

Puerto Rico
This one is real easy. Puerto Rico is of course a real island in the Caribbean and this game lets you be a colonial governor on the island, exporting and constructing to make the island into a thriving community. It’s quite obviously a historical setting – the game’s currency is the doubloon, for that extra historical touch. Puerto Rico, of course, can be visited, but I would advice against acting like a colonial governor when you get there nowadays. However, the country is currently in financial trouble, so if you want to help them thrive again, visiting this beautiful island and spending lots of tourist money there is highly recommended.

Smallworld
In the fun and very popular boardgame Small World, players have to conquer areas by pushing other players out – the locations are simple too small to inhabit all of them. This basically makes “Small World” as a real location closely related to any place that is suffering from civil war and unrest right now, and I would of course strongly advise against visiting any of those places. Don’t confuse this with the “It’s a small world” after all ride in Disneyworld, where all people of all races actually live together in peace.

Monopoly
Basically the only game that is based on real and current locations (just talking about the classic version here). There have been many local versions and some of them have been updated to reflect current situations too. Some editions, though, do name locations that you would not be able to find in real life. Marvin Gardens, for instance, was part of the original US edition for decades, until the spelling mistake was finally caught and corrected – it should’ve been Marven Gardens (in New Jersey). And the Dutch version has a cheap location called “Ons Dorp” (“Our Village”) which isn’t an existing place but just a placeholder for any small village in the country, using two streetnames that exist in almost any Dutch small town. You could have a lot of fun, trying to visit all places on your Monopoly board, although you’d best avoid prison, of course.

This website is currently not being updated, but we’re trying to keep the info that’s already on here as up to date as possible.

Traveling for Geeks is a site that features geeky places everywhere in the world. Shops, filming locations and other entertaining places; we hope to add as much geekness to your travels as we possibly can.
We're by no means complete, but try to add new content multiple times a week. You can find info by location or tag. For more info, check out our 'about' page.